EKHLA’s Mission:
“Prepare confident students through high academic and behavioral standards,
who are grounded in Hebrew language and Israeli culture.”

Eleanor Kolitz Hebrew Language Academy (EKHLA) is a K-8 open enrollment public charter school with a partial immersion Hebrew Language focus. We offer a rich and innovative curriculum, with passionate teachers and extraordinary student support. Our dedicated teachers know their students individually. We educate the whole student to be gracious, kind and tolerant. Our goal is to develop curious lifelong learners who have a sense of responsibility to the world. Our purpose is to inspire our students to know who they are, what they want, and to have the confidence to achieve their dreams.

Who was Eleanor Kolitz? 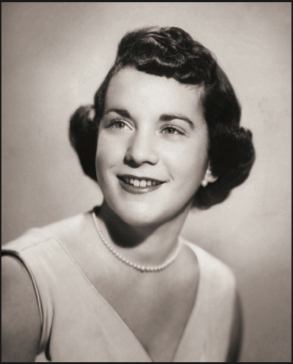 Our charter school is named after Eleanor “Tootsie” Kolitz, an extraordinary woman who highly valued education in her life and the lives of her children. Eleanor was born in San Antonio in 1935 to Israel and Esther Silber. Israel had immigrated from Russia to the United States in 1910. Esther was born in Galveston, Texas to European immigrants and moved to San Antonio soon after 1910. Israel was a soldier during World War I and met Esther at Alamo Plaza while stationed in San Antonio. They married a few years later; Eleanor was their third and youngest child.
When Eleanor was a baby, her 3-year old big brother had trouble pronouncing her name, calling her “Tootsie” instead. Eleanor thereafter became known as Tootsie to her friends and family, and to this day, many people do not even know that Tootsie’s real name was Eleanor.
Eleanor’s childhood was quite different than the life of today’s Kolitz Academy students. Without modern amenities like television, video games, or computers, Tootsie and her friends found other ways to entertain themselves. Tootsie played outside a lot, loved to dance, and took ballet lessons from a neighbor. She also spent many hours playing with her doll collection. Often on Sundays, her favorite day of the week, her father would take her to Brackenridge Park to ride horses before she went to the synagogue for religious school. Tootsie also had a wonderful collection of books and sometimes would spend hours reading in her back yard. Her love of reading is something that stayed with her throughout her life.
After graduating from high school in San Antonio, Tootsie attended college at the University of Colorado, where she met her future husband, Bill Kolitz, who swept her off her feet. Not long after, Bill and Eleanor married and moved back to San Antonio, where they had their three children: Bob, Nancy and Mark.
Although Tootsie did extensive volunteer work in the community, her first love and full time job was being the best mother she could be. She devoted her days and nights to ensuring that her children did their homework and were well prepared for school. At the breakfast table, Eleanor made sure her children understood the day’s assignments. If a test was scheduled for that day, she would quiz them to ensure they were prepared. When the children got home from school, it was always homework first and then time to play with friends.
Besides emphasizing the importance of education, Eleanor also stressed excellence. She taught her children to give nothing less than their best efforts in school and in everything else they did. She knew that great learners would make for great leaders in the future.
As much as she loved learning, Eleanor also loved being around children, beginning with her early love of babysitting. Charming and engaging, she always knew just the right thing to say to put a smile on a child’s face. Whenever she would meet new children, she would ask about their family, their pets, where they went to school, and what they liked most about school.
Thanks to Tootsie’s encouragement and commitment to education and achievement, all three of her children graduated from high school and college with honors and continued on to successful professional careers. More importantly, she instilled in all of them that very same love of education and commitment to excellence. Now, many years later, Eleanor’s legacy is passed on not only to her children, grandchildren, and great-grandchildren, but also to all of the students of the Eleanor Kolitz Hebrew Language Academy.

After 41 years, due to dropping enrollment and financial difficulties, the private school closed. In the midst of this closing, a small group got together on their own time and with their personal financial resources to create a new educational entity.  They visited a public charter school model in Florida that taught modern Hebrew as a second language. A charter application was filed in Texas and was approved. Our charter school, EKHLA, opened in August 2013 with grades K-8 and almost 200 students.  The Charter was approved to expand to a high school grades in the future.

Although many individuals and families provided significant support to the effort to create our school, one family in particular was instrumental in its vision and financial support in helping our school become a reality: the Kolitz Family. This family had a long-standing relationship with the private school and saw the value in this new public charter model endeavor.  In appreciation for the unwavering support of Mr. and Mrs. Robert and Sandi Kolitz, EKHLA’s School Board of Directors in 2013 decided to name our school the Eleanor Kolitz Hebrew Language Academy, in honor and memory of Eleanor Kolitz, an extraordinary woman strongly committed to education and achievement.

As of the 2019-2020 school year, EKHLA is in its 7th year and our student body is still growing. We continue to be the only public school that teaches modern Hebrew as a second language in Texas and currently serve 440+ students on our K-8 campus.